The exhaust system is a custom-made product from the Hattech Exhausts company. The tube goes through the swing arm, a very nice feature.

The C word, you try and avoid it, but sometimes it has to be said, Covid-19 sure did put a damper on the Europeans Sultans of Sprint events and for a few years, the Glemseck 101 was put on hold. Prior to the pandemic, sprint racing was booming in Europe and no man is more passionate about the sport than proud South German, Philipp Ludwig. The man behind Kraftstoffschmiede and a co-owner of Rennstall Moto Co has built some of the coolest 1/8th mile racers the world has ever seen and his machines Achilles and Hercules have both tasted the ultimate success. So with all that spare time on his hands during the lockdown, he once again partnered with Man And The Machines, secured factory backing and last weekend came out all guns blazing on his new straight line bullet BMW, Hercules II.

The Sultans of Sprint series started out as a bunch of fun between a relatively small group of European sprint racers and quickly built into a continent-wide series, big dollar machines, blazing down the road at ridiculous speed. The fun has never left the paddock, but competition inspires innovation and with the original Hercules based on an older BMW R850R, the killer combo soon needed to be updated. Thats when Achilles emerged, a modern machine that simply couldnt be defeated.

In 2019 Achiles won the Factory Class at the Sultans of Sprint. The basis for this was an R1250RS. In 2020 there were a few ideas how Achilles could look like as a naked bike. So the idea was born of a homage to Hercules I, here it is: Hercules II, Philipp smiles. And he has a lot to be happy about, once again he sat down with his friend, Kris Szews from Man and the Machines, who had drawn the previous bikes, and together with some clever software, they created a 3D digital rendering of what the all-new bike could look like.

The project brief was presented to BMW Motorrad, and with the big factory throwing their full support behind the cause, it was time to build an even more rapid Herc. The heart of this brutal beast is a standard engine from a BMW R 1250RS, and you can see why the big German company got behind the project. Not only is Philipp a man who builds a stunning bike, he wins and he also proves just how impressive the BMW product really is. With just a 1/8th mile to cover, torque is everything and the goal was 200nm, which is some serious pulling power.

To make this happen means winding up the wick on the shiftcam engine and that would be done by making it breathe and then stuffing it with a whole lot of nitrous oxide. The guys had previously achieved 134bhp with the same engine, but they wanted more and would rely largely on engine tuning to get there. The exhaust system is a custom-made product from the Hattech Exhausts company. The tube goes through the swing arm, a very nice feature. K&N filters go on the intake and then the nitrous oxide system is plumbed in. With just 80% of the nitrous flow utilised, throttle based control and genius engine tuning, the result is a genuine 165bhp and that 200+nm of torque.

The Naked body was next on the list and not only does it look great, but it also weighs almost nothing. In cooperation with the company Muniq Design, Kris created a 3D model based on the data from Achilles from 2019 and his sketch. With this data, a mold could be milled from Oriol, in which CFK (Carbon) was then laminated by hand to form a beautiful lightweight monocoque, a few stickers on it and youre done. The guys make the highly complex sound so easy and working with Ilmberger, the rest of the carbon parts were produced, these include the shrouds for the big cooler that helps keep the engine temp under control, with the fans running constantly.

The beautiful red, white and raw gloss carbon gives this purpose-built machine a truly beautiful look, and for a touch of evil, the carbon face mask is from Rennstall Moto. To punch a big hole in the air, the front wheel has been reduced from a 19in rim down to a 17in and then both rims are powder coated in a glorious white with metal flake. No expense is spared on the suspension and Wilbers comes to the party, with the front end lowered as close to terra firma as possible to reduce drag. The rear shock has been raised up compared to previous designs and the resulting wedge shape helps to punch through the air. While big Brembo brakes at both ends allow the whole thing to be hauled to a halt.

To get Philipp slotted into the right position, he worked with Gilles to produce the foot controls, that see his feet all the way back near the rear axle, and the company also came up with lightweight brake and clutch levers. Some carefully cut and molded foam has Phils backside in the right place, and everything else, from the frame, to the custom triple trees and the engine is finished in a coat of black.

Running on Achillies, Philipp had never lost a race, and lining up in the final of the Rocket Race category at last weekends Glemseck, he was determined to give Hercules II the same record. Facing Stefan from Radical Guzzi meant he had a huge challenge to overcome, but the Roman God would not be denied and the King of the Sprint, once again reigns supreme. 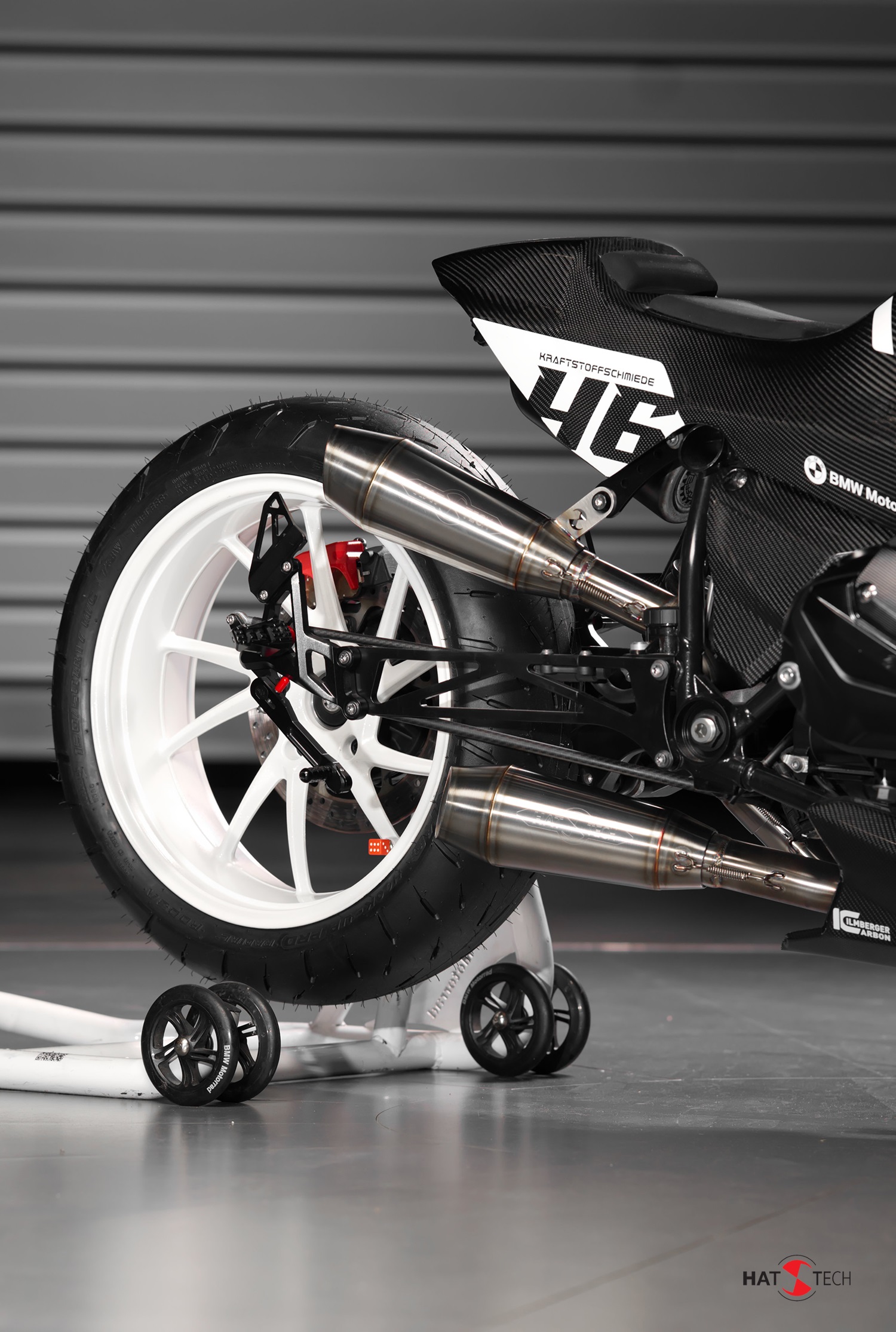 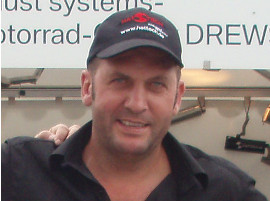 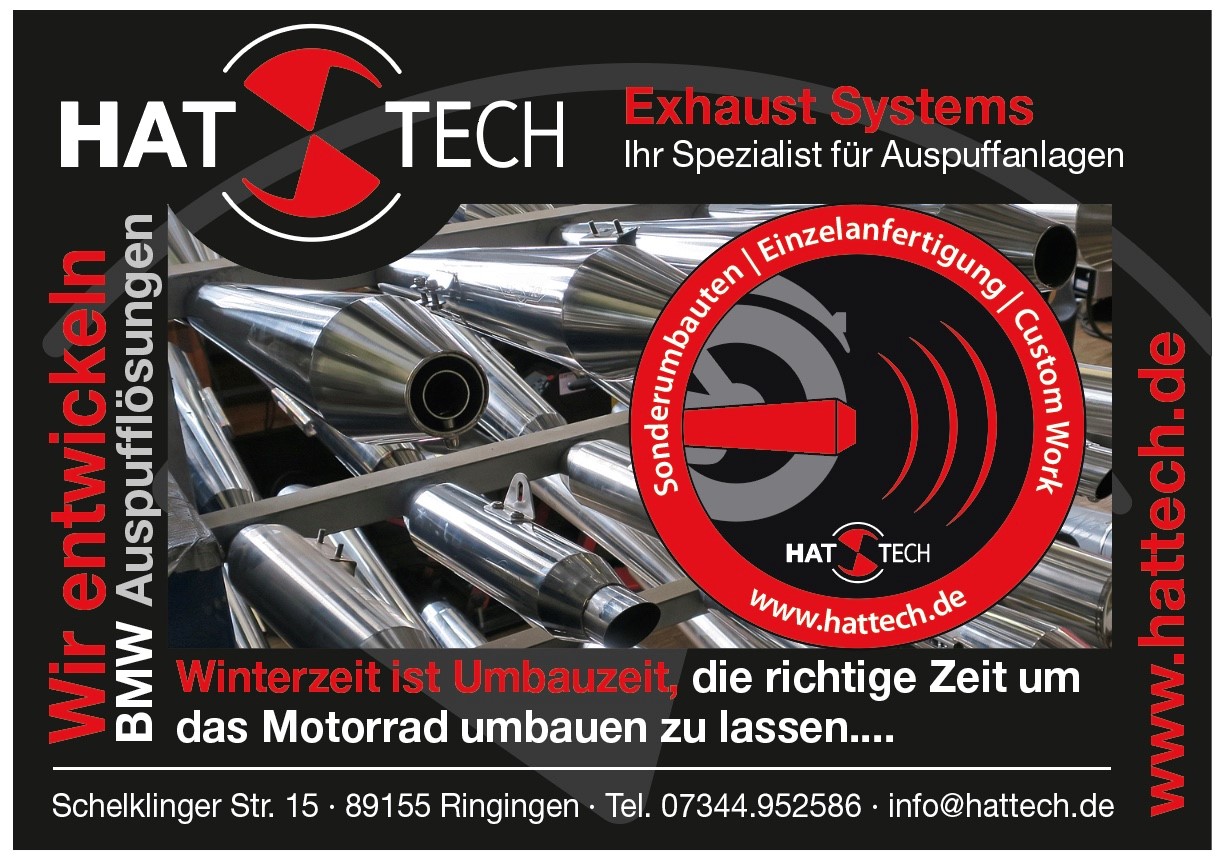